Find and Meet Your Match in Ukraine!

Newest, beautiful, single women now added for week of Wednesday, 25 January, 2023 - Tuesday, 31 January, 2023
Your opportunities here are truly worldwide. Explore our site deeply to see how you can realize that!

There are a lot of countries in Europe that are worth visiting. Most of the people who enjoy traveling include European countries in their bucket list. And one of the most favorite countries is Ukraine. The largest country in Europe has been attracting millions of tourists for years now. 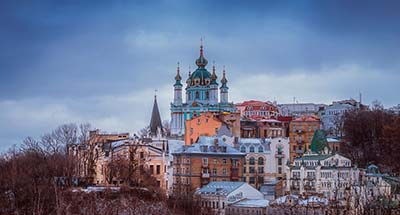 Learn about Ukraine’s history and their culture and traditions.

It can’t be denied that the country is home to world-class tourist spots. There are currently seven listed under the UNESCO World Heritage Sites, and soon, fifteen more will be added. The capital of Ukraine itself, Kiev, is home to one of these heritage sites and a notable landmark of Ukraine—St. Sophia’s Cathedral. This eleventh-century cathedral is considered as the symbol of the new Constantinople. Together with the Kiev Monastery of the Caves (Kyivo-Pecherska Lavra), they have been the places not just of worship but also of education, especially in the arts and in the medical field. Their significance in the development of the Ukrainian culture make them truly worth the visit.

Among the listed sites is Lviv’s Old Town, which features historic architecture of themed restaurants and churches. The cozy atmosphere is perfect for those who enjoy strolling the brick roads and experience the old times. This western part of Ukraine is worth staying in whether you are in need of a laid-back morning stroll or an unforgettable night out.

Wooden churches are still standing in Ukraine. In fact, there are sixteen wooden churches spread from Ukraine to Poland. The Wooden Tserkvas of the Carpathian Region tour has been one of the must-do activities when visiting Ukraine and even Europe. These sites are all worth visiting for, not just because of how mesmerizing they are but also because of their history.

The History of Ukraine

Every place has a story in the past. Ukraine is one of the countries that stood up for themselves and fought for their freedom. This brief history of Ukraine tells the great challenges this country has faced and how it recovered.

The Cimmerians, Scythians, and the Goths were some of the first settlers of Ukraine. The Greeks founded their cities later on in the northern coast. Around the fifth century AD, the Slavs began civilization in Ukraine.

In the ninth century, the first East Slavic state, Kievan Rus’, started growing in Ukraine, particularly in Kiev. The first well-organized state became a great Christian empire, even the largest in Europe, during the eleventh century. Vladimir the Great led the state in AD 980 and made the success possible by suppressing rebellion and conquering colonies. Upon his death in 1015, Svyatopolk the Accursed, his eldest son, killed his three other brothers and became Kiev’s ruler. Yet this ended in 1019 when Vladimir the Great’s other surviving son, Yaroslav the Wise, won over Sviatopolk. With the help of the Novgorodians and the vikings, Yaroslav rose to power. The fall of the empire happened in the twelfth century and continued until the next century when the city of Kiev was destroyed by the Mongols.

Ukraine used to be part of other countries. First it was under Poland, then in Russia. The latter controlled the Ukrainians and imposed limitations. Studying about Ukraine language and even speaking it was not allowed. The situation of the Ukrainians worsened when the Soviet Union reigned. An artificial famine, which killed millions, was created to establish control. When World War II happened and German Nazis took over, more were killed. The tragedies seemed to be never-ending when, in 1986, the explosion of the Chernobyl Nuclear Power Plant happened, which struck the whole country and even the world. In 1991, Ukraine was finally freed from the hands of Germany and the Soviet Union.

The Culture and Traditions of Ukraine

Luckily, the Ukrainians were able to preserve their culture and traditions despite the hostility they have experienced throughout the years. There are Ukrainian customs and traditions, which have originated during the Kievan Rus’, that are still being observed by Ukrainians until now.

In March, before the Lenten season, a festival known as Maslenitsa is celebrated weeklong. The event, which happens to mark the end of winter and the beginning of spring, is symbolized by something round and yellow like the sun—pancakes. Yes, that is right. Pancake week. Who would hate pancakes, right? And every other food for that matter, especially the ones Ukrainians prepare during holidays.

For Christmas, they prepare different kinds of dishes. Twelve dishes in fact, which is the same number of apostles. It starts with the kutia, a food made of wheat, poppy seed, and honey that has a holy meaning for Ukrainians. Traditionally, the dish is paired with the fruit-based drink uzvar, which name came from the Ukrainian word zavarivat, meaning “to brew.” One of the most favorite of the dishes is the dumpling-like vareniki. The dips of this traditional dish of the Ukrainians depends on the filling; it could be dipped in sour cream or pork fat. These dishes and more are not to be eaten until the first star comes out after Christmas Eve, which marks the birth of Jesus. The Rich Dinner, or Bohata Vecherya certainly is a sign of abundance.

The Slavic culture is still alive in Ukraine. You can feel it the most when you witness or experience Kupala Night, also known as Ivana-Kupala. This festival is a celebration of the summer solstice and is attended mostly by younger Ukrainian women and men as part of the ritual test. Single Ukrainian women wear flowers in their hair, and they enter the forest first. During this event, Slavic rituals related to fertility and purification are observed.

Gatherings like Vechornytsi and holidays like Malanka are some of the events when you can witness the solidarity of Ukrainians. Indeed, the best time to visit Ukraine is when you can experience these grand events and be one with the Ukrainians. Just like what they believe in, “Razom nas bahato, nas ne podolaty,” they really find strength in unity.


Newest, beautiful, single women now added for week of Wednesday, 25 January, 2023 - Tuesday, 31 January, 2023
You have to meet the women to marry them! What other international dating site offers you numerous opportunities to do that?

Is there any REAL reason to wait?
It's FREE, instant and without obligation to register NOW!

It’s the first step in possibly the most rewarding romantic adventure of your lifetime!