Find and Meet Your Match in Ukraine!

Newest, beautiful, single women now added for week of Wednesday, January 22, 2020 - Tuesday, January 28, 2020
You have to meet the women to marry them! We have group singles tours departing nearly every month!

Located in Eastern Europe, Ukraine takes pride in its historical structures and stunning architecture. Although its tourism is incomparable to Russia or any of its neighboring countries, it has been a great help to the country’s thriving economy. Aside from casting a supporting role to the country’s wealth, Ukraine tourism is known for its deep background and profound beginnings. If not most, its famous destinations include landscapes of old and iconic symbolism.

Ukraine is dubbed as a popular holiday destination because of its many festivals. These festivals include film fests, music, arts, and poetry. Both of these events share a common goal, and that is to rejuvenate the Ukrainian culture and show the world what Ukraine is made of.

Every year, Ukraine tallies almost 20 million tourists who travel and sojourn in the country. Its unique structures and accommodating people became the reasons traveling to this European nation is a must. Moreover, Ukraine has already recorded 5 UNESCO World Heritage Sites. This means that Ukraine is travel-worthy and a good place to spend your vacation.

Ukraine brags about its progressive tourism. Be amazed to learn some of the country’s wonders. All these spots will surely give you a blast as you visit Ukraine. 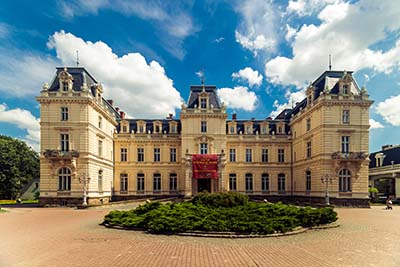 The Potocki Palace, being one of the most important buildings in Ukraine.

Dubbed as the Gateway to the West, this Ukrainian city houses one of the UNESCO World Heritage Sites. Lviv is one of the historical places to visit in Ukraine. Its famous Old Town features historical buildings and architecture. The city is the highest-rated tourist destination in all of Europe, making it a major sojourn for tourists. Some of the historical sites you can visit in the city include Dominican Church, Potocki Palace, Church of St. Olha and Elizabeth, and Lviv Theatre of Opera and Ballet.

Tagged as the Pearl of the Black Sea, Odessa is a major port center of Ukraine. This is where the trade and tourism of the country are centered. Because of its location near the Black Sea, resorts are known as the standouts for Odessa’s tourism. The city also flexes important museums that display notable collections from the 16th to the 20th century—the Odessa Museum of Western and Eastern Art and Odessa Archeological Museum. 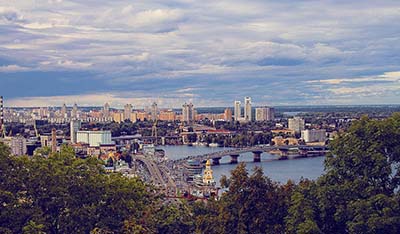 Kiev, the capital city, is the center of industrialization in Ukraine.

Located in Central Ukraine, Poltava used to be a site for the famous battles between Ukraine and other European countries. One of the country’s most famous museums stands in Poltava—the Poltava Battle History Museum. Just like the others, you will be amazed at how the details of the battles in the city are recorded and portrayed in the museum. This is a must-see attraction if you are inclined to discovering and exploring historical spots.

Situated in Southern Ukraine, Nikolaev boasts as the main shipbuilding center of the Black Sea. Since 1862, it has emerged as a commercial port not just in Ukraine but to the countries near the Black Sea. Aside from being a center for ship construction, Nikolaev also serves as an important transportation hub for Ukraine. It offers cheap, convenient, and reliable travel within the country. You can take advantage of this service as you go on a trip to Ukraine.

Aside from its blazing tourism, Nikolaev further brags of its people, especially its women. This is why the city is also called the City of Brides. You might not realize this by now, but Nikolaev is home to most of Europe’s loving and beautiful foreign brides. By acquiring the monicker, it is decided that not only is this city a travel-worthy but a place for ideal date also. 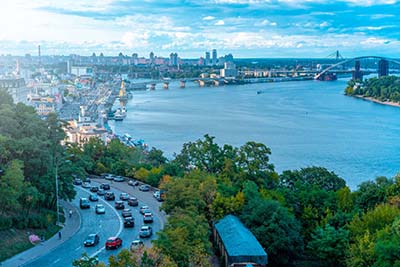 Visit Ukraine and experience the fun of the country’s thriving tourism.

Among all the ideal places to visit in Ukraine, Kiev should never be left out. Spending a day or two in the country’s capital city is a prerequisite to all travelers. Kiev serves as the center for industrialization and economic hub for Ukraine. It houses an advanced educational system and large-scale scheme for public transport. Its infrastructure has made Kiev metro and an iconic city in the vicinity of Ukraine.

Kiev also flaunts historical sites which include the Maidan Nezalezhnosti (Independence Square). Simply called the Square, this site became the center for political rallies, as observed in Ukraine’s independence movement in the 1990s. Aside from the Square, Kiev also brags about its famous Golden Gate. It was built in the 11th century but later reconstructed because of its dismantlement in the Middle Ages.

The beauty of Ukraine is inevitable. There’s so much more to feature of the country’s standouts, but one thing is for sure, Ukraine is also a competitor when it comes to choosing which haven to visit and sojourn to. Mat it be the country’s capital or not, every city is worth the trip. Travel Ukraine now and be amazed by its wonders.

To benefit you of your travel to Ukraine, our site offers Ukraine tourism packages together with our famous romance tours. This prestigious service won’t allow you to only meet Ukraine women but also tour the country without any hassle. All you need to do is follow the instructions and sign up for FREE. Travel with us now!


Newest, beautiful, single women now added for week of Wednesday, January 22, 2020 - Tuesday, January 28, 2020
You have to meet the women to marry them! We have group singles tours departing nearly every month!

Is there any REAL reason to wait?
It's FREE, instant and without obligation to register NOW!

It’s the first step in possibly the most rewarding romantic adventure of your lifetime!